As part of a collaborative effort with Penn State, which publishes a monthly video about school deans, their views and their passions, the Center Daily Times is continuing a light-hearted Q&A series that spotlights a dean different every month in the hope that the local community gets to know them outside of the classroom.

Next: Andrew Sears, Dean of Penn State’s College of Information Science and Technology

Sears became dean in 2015 after working at Rochester Institute of Technology, UMBC and DePaul. Also a teacher, Sears is widely known and respected in the industry. He was a founding editor of the Association for Computing Machinery’s (ACM) Transactions on Accessible Computing, sits on two editorial boards, and has chaired a number of high-profile conferences on human-computer interaction topics. and computer accessibility.

He was named ACM Scientist Emeritus in 2010. And his research has been supported by IBM, Intel, Microsoft, Motorola, and the National Science Foundation.

Center Daily Times: In your video with Penn State, you mentioned that you lived in a place so rural it had no name. It seems like you really appreciate peace and quiet, so with that in mind, where is your “happy” place, the place where you like to relax and unwind the most?

Andrew Sear: I have several but probably my favorite, where I don’t get to go as often as I would like, would be my daughter’s place in Colorado. And, in fact, some of the pictures (in the video) with the horses are from there. It’s just a very nice and relaxing environment to visit our daughter, son-in-law and granddaughter. They have beautiful land and their horses live on the property, with the Rocky Mountains in the background.

It’s quiet. You can enjoy nature. I will say they don’t have high speed internet. They don’t have internet. So it’s cellphone only access, so it’s a great place to disconnect from the world and live in the moment you’re in.

CDT: I can appreciate an IST dean picking a place where the internet is the worst, which a lot of people probably wouldn’t appreciate. So let’s turn this question around a bit: what is the place that most people seem to love and you absolutely hate?

I like to visit, enjoy what they have to offer and spend time there – but then be able to return home to my calmer existence, the calmer existence. … I like the energy of the city. I like activities. But, after a while, I’m ready to disconnect a bit more from the world.

CDT: Let’s talk a bit about technology. At some point, whether it’s customer service or online dating, we’ve probably all come across chatbots. Since this is related to your domain, let me ask you: what’s the easiest or fastest way to tell if you’re talking to a real person or an online bot?

sear: First of all, it becomes more and more difficult. These technologies continue to improve and become more and more realistic. My strategy is to throw something unexpected and out of context at him and see what the answer is, or probe a few times with similar questions and see how it comes back to you – whether it’s just some sort of repeat of the same answer or slight variations of the same answer. Because people are still much better at handling this stuff.

But I think even those techniques probably won’t work on all systems at this point. And as these technologies continue to improve, that’s what they’re trying to solve – to be more generic, to be able to take things out of context a little more effectively.

CDT: The “metaverse” has been talked about a lot lately. And, by metaverse, I don’t necessarily mean Mark Zuckerberg’s metaverse, also known as “Horizon Worlds”, but any virtual worlds based on virtual reality and augmented reality. Do you think the metaverse is the future of the computer industry, or is it just a fad?

I don’t know if this will be the future of the industry as a whole. But there are already places where they are using virtual reality and augmented reality to provide a better experience and deliver information more efficiently. So I think we’ll see that develop. … One I’ve heard of is the field of medical education, where they use a virtual reality experience to help doctors learn about providing medical care.

CDT: We’ve seen the technology evolve a lot over the decades. I mean, it’s been widely reported that our smartphones are thousands of times more powerful than the NASA supercomputers that took us to the moon in 1969. You’ve read a lot of peer-reviewed studies that address some of these questions, so I want to ask you to play futurist and/or fortune teller: What are some of your best guesses about what technology might look like by 2050?

sear: This is certainly a difficult question. And I think, if you look at it, there are probably countless scenarios where people have tried to predict the future. Most were probably wrong, a few end up being right – and in retrospect, they were geniuses.

I am not sure to predict what will exist in 25 years, that I am well placed to do. But I can certainly tell you what I hope we’ll see. Hopefully we’ll see technologies that actually do a better job of working for people and working with people. If you look at a lot of research on the development of new technologies, a lot of it starts with the question, “Can we do X?” And they’re really focused on figuring out if it’s possible. Facial recognition was a good example. Can we recognize people using computer vision technologies reliably?

And, eventually, technologies evolve, and some of them end up being successful. So, yes, they end up getting facial recognition working. But they were just focusing on “Can we?” ” questions. Not the “What if we do this?” question. Or, “What are some of the unintended things that can accompany technology when it happens?” So I’d really like to see where the research on new technologies and technology development goes beyond these “Can we?” questions to reflect on the social implications that go with it, the ethical questions that go with it. …

And we’ve seen, time and time again, that it’s easier to design technologies to avoid problems in advance than to go back and fix them retroactively. So I think, similarly, if we can spend more time thinking about the social implications, the ethical implications, the different ways things will be used beyond what we intend, then maybe that we can do a better job of designing these technologies from the beginning. 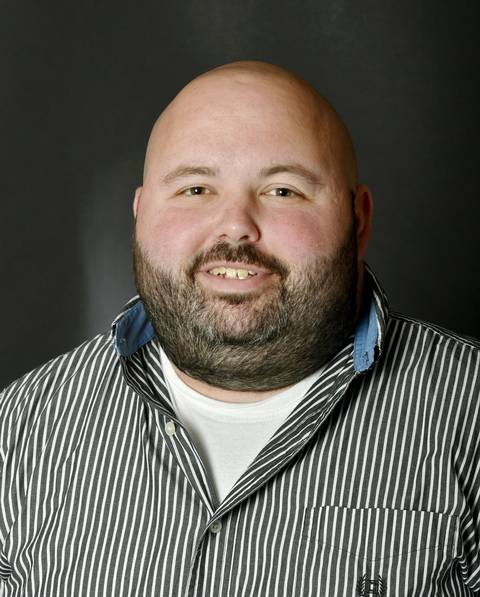 Josh Moyer received his BA in Journalism from Penn State and his MS from Columbia. He has been involved in news and sports writing for almost 20 years. He boasts the best athlete he’s ever seen as Tecmo Super Bowl’s Bo Jackson.